I used to think that I didn’t need to make New Year’s Resoutions. “Why should someone who is continually trying to improve oneself partake in such a common practice?” I would say to myself. Over time though, through experience and careful reflection, I have come to realise how arrogant I really was. Therefore, I started this year by making a resolution to make New Year’s Resolutions every year from now on! I’ve made a plethora of other resolutions too but I’ll save them for future posts.

One of the great things about living in Japan is enjoying the New Year holiday and the traditions that come with it. Most notable being the customary visit to a Shinto Shrine or Buddhist Temple. On these visits, Japanese people, religious or not, generally pray to the deities for various forms of good fortune, such as good health, to pass tests or get married, in the year ahead – a New Year’s Resolution if you will. So what better way to kick off 2017 than to head down to the local temple and make some resolutions! 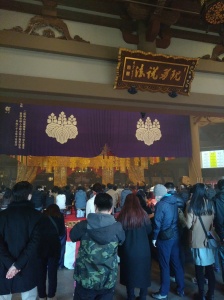 Souji Temple is the Eastern Headquarters of the Soto Sect of Zen Buddhism in Japan and is located on the West side of Tsurumi Station in Yokohama. I highly recommend it as a place to visit at any time of year, but its Setsubun event in February, unique Obon festivities in July, and traditional New Year celebrations, are worthy of note.

My wife and son enjoyed pulling fortunes, both of whom got Daikichi (Big Luck), while I enjoyed a latte from the coffee truck set up on site. Yes that’s right, a latte! To have such a drink in such a place at such a time, let alone sell one, was unheard of when I arrived in Japan nearly sixteen years ago but here we are today enjoying coffee at the temple. 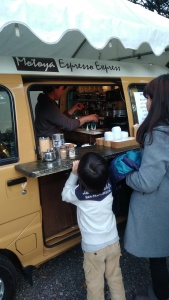 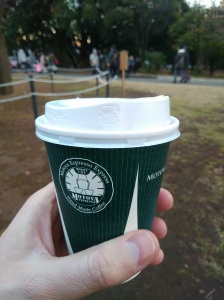 It’s now April, a good portion of the year has already passed. I’ve started chipping away at my resolutions but am yet to realise any in full. I’ll work not only harder but also smarter in order to reach my goals. How about you? Have you fulfilled your New Year’s Resolution for 2017?

View all posts by Graham's House